Every year when the Orange Prize lists are announced (long or short), someone steps up and says that the women-only prize is "sexist" and not needed. Every. Damn. Year. Boring! Yet rage-inducing! Such ambivalence!

This year, they've trotted out my beloved A.S. Byatt to do the dirty work (it's okay, Antonia, I still love you). Bah. I'm not going to get into all the arguments (wooops, I actually do, further down), since about three people read this blog, but there's no such thing as a reverse -ism, friends, and until women are equal players in the world, things like the Orange Prize are, yes, still needed. Consider that the most recent winner of the PEN/Faulkner award, Kate Christensen, is one of only a handful of women to do so.

And the opinion pieces come out of the woodwork. Here's another one, from Telegraph, that I'm purposely not linking to (for several reasons, the hateful reader comments being but one):

Women are predominant, in terms of numbers and power, in most of the major publishing houses and agencies. They sell most of the books, into a market that largely comprises women readers.

First, I'm not sure how it is in the U.K. but in Canada, something like 80% of the workforce in publishing is female, while only 3% of the executive is.* So, tell me, where is the real power? Secondly, "they" sell most of the books do they? You mean most of the people in the pink ghetto of retail are women? Well yes, that's true. Or do you mean female authors sell more books? If that's the case, then you're going to have to be more clear in your writing, and back that up with some stats. I'd love to see them, because I'm definitely interested.

The author of this silly piece seems to think that women are a "dominant" group, like "whites" (wrong). He continually makes these sorts of comparisons between gender and race based oppressions. While -isms do work together to create layers of oppression, comparing oppressions (sexism and racism in this article), is very, very tricky business (see Hilary v Obama), and really shouldn't be done. Ever.

Then, he casts every woman he comes in contact with as unable to defend their position with logic; their only tactic is to "hit him on the head," literally or with "verbal abuse." He was called, and I quote, "a BUM." How he must suffer! Personally, if I was faced with these tired old arguments against women-only institutions, I'd be prone to violence too. Not because I'm unable to engage in "mature debate," but rather because my opponent has set the bar so low with their reactionary drivel, a hit on the head is the only logical response.

And P.S.: the patriarchy is not "a trick that men played on women for thousands of years." Leave it to a man to take millennia of world-wide, systematic oppression, abuse, and subjugation and minimize it down to something like putting a whoppie cushion on your chair. That, my friends, is what we call privilege. Additionally, with the implication that women fell for this "trick" for so long, the writer once again gets to call womankind stupid.

But yeah, we're all like totally equal and powerful and shit. *headdesk*

My ex-pat friend Axel did mention in the comments a while back, how right-wing the Telegraph is, so I guess I shouldn't be too surprised to see this sort of thing published there.

I've gotten into arguments mature debates at Bookninja about this sort of thing, and it's unhelpful that there aren't (that I know of) statistics on how many books are published by men and women each year (for the casual observer, it seems pretty even in the fiction realm), how big the advances are for men vs women, that sort of thing. This is a casual observation, but I have noticed The New York Times often gets really, really excited over quirky, clev-ah, first time male novelists, giving them pages and pages and pages of press**, yet women don't get the same treatment†. There have been studies that indicate that women are the bulk of the fiction readers, but nothing so much on the writing front. I'd be interested to know, at any rate.

The Orange Prize long list is here.
I've read:
Jennifer Egan The Keep
Anne Enright The Gathering
Heather O'Neill Lullabies for Little Criminals
Based on my small list, I'm pulling for Egan. The Keep was one of the most transporting things I've ever read.

*This is based on my memory of a Quill and Quire industry survey I read in 2005. I doubt things are 50/50 as of this writing. Call me a pessimist.
**I'm sorry, please allow me to indulge my incredibly shallow side. Look at that photo!! If I saw that guy in a coffee shop, my first thought would be "douchebag."
†Sarah Seltzer, in the latest issue of Bitch, addresses the anti-feminist bias at The NYT, that I mentioned in this post. Unsurprisingly, Seltzer writes about it far better than I did. Well worth a look.
at 3/19/2008 10:18:00 AM 4 comments: Links to this post

Early-to-mid 20th century British literature is a particular favourite of mine (The Rainbow is in my Top 10 of books). Thus, I've been meaning to read Brideshead Revisited for a long, long time now. I read this article earlier in the month, and was reminded, once again, of this glaring gap in my repertoire. So on Friday I went book shopping, picking up the latest issue of Bitch upon walking in the door, then heading over to the fiction section. Found Brideshead, then wandered a bit. Browsed the biographies, picked up, then rejected the latest Hardy bio. Looked up and saw a biography of the Mitford sisters.

The letters of the Mitfords have recently been compiled and published, and if I remember correctly The Globe and Mail reviewer was rhapsodic about the family* (the review is behind the stupid, outdated Globe paywall); I was intrigued. Since finances are a bit tight, I had to choose only one book. I've read nothing but fiction all year, so I decided to put Brideshead away, thinking that the Mitford story would at least be a change of pace. Of course, turns out two of the elder Mitford sisters were pals with Evelyn Waugh in their early years, and Brideshead is based on parts of their circle. So the next book up, should definitely be Brideshead. It's fate! Unless, of course, something in my library queue comes in.

Biographies can be really painful for me to read. They're not a genre I usually enjoy, though a well-written one is an excellent thing, so I continue trying them. The Sisters is one of those excellent biographies. I'm about 200 pages in having been reading only for a couple days. One might make the argument that it's the subject that can make or break a bio, and the Mitfords are very interesting subjects indeed. However, I once read an Ann Sexton bio and it took me almost a month of slogging to complete. Ann Sexton is beyond fascinating to me, but there was just something about the writing that didn't grab me. On the other hand, Rough Magic, a Sylvia Plath biography, was an excellent and intriguing read, and I actually dislike Plath for the most part. So for me, a good bio isn't really about the subject, it's about the skill of the writer. Mary S Lovell, author of The Sisters, is skilled at keeping things moving, and not getting too bogged down in the fine details. She's also fantastic at introducing a large cast of secondary -- and even tertiary -- characters, without losing the reader in complex family and social trees.

I likely won't go on and read the letters, however. Published letters hurt my brain more than biographies ever could. I've tried. I've read the letters of authors I love, and I never get more than 100 or so pages in, before I lose all interest. 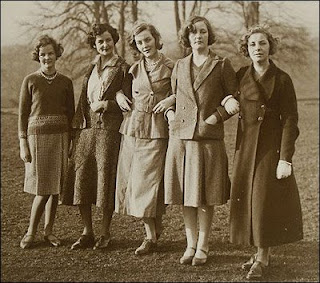 I Love You, Katha Pollitt (Reviews of Reviews pt 3)

Katha Pollitt responds to the flagrant use of controversy to get page views*, Charlotte Allen's Washington Post piece on how women are just silly bints after all. Of course, the rebuttal was also in the Post, so they're just going to get more page views of out this. However, it's also right that they should publish the rebuttal, and kudos to them for printing a piece that calls the editors out for having published "Women vs. Women" in the first place.

I also just finished reading Learning to Drive this week, so my Pollitt love is out in full force. As I mentioned, the book got a pretty bad review in the New York Times. Now that I've read the book, I can form my rebuttal. The NYT reviewer's problem, it seems, is that Pollitt took a break from writing "brilliant commentary on welfare, abortion, surrogate motherhood, Iraq, gay marriage and health care" and got personal. The reviewer, of course, missing -- or ignoring -- the basic second-wave feminist tenant "the personal is the political" (and Pollitt even talks about this in her book). The personal essays in Learning to Drive are sometimes deeply affecting, especially the essay on her mother's alcoholism (if you only read one thing from this collection, that is the one). These are micro pieces about macro topics: population boom, gentrification, and gender relations are all treated here, with honesty, humour, and compassion. When Pollitt brings her personal "dirty laundry" to the table, the reader can take such large issues and relate them to their own life. Books like Learning to Drive are important books, whether or not you agree with the politics, because one can see how the political can -- and will -- affect them personally.

Interesting that the reviewer of Learning to Drive was female, that the reviewer of The Terror Dream was female**, and that this blog post started off talking about woman-on-woman misogyny. I'm not so naive as to think that all women need to agree with each other, or bond in some feminist utopia of sisterhood. People have diverging opinions; that will never change. Much as I wish it were so, the whole world is not going to be liberal, socialist, and pro-equality. It does, however, sadden me to see women consciously engaging in this sort of behavior. For a female reviewer to use such terms as "shrill" or "vagina dentata intellectuals" (what?!), or for a woman to write about how all women are just silly dim creatures, really pisses me off. We are all free to disagree with each other, but it feels like such a step backwards to be using such patriarchal devices on ourselves, instead of fighting for better treatment. I know, it's wishful thinking, but I'll keep wishing.


*And yes, I know I'm just contributing to it by linking here
**I don't know why it didn't occur to me to just google her at the time