Come at Me, Bro

When the TV show Girls came out, I bemoaned the excess of coverage, not just of the show, but of the responses to the show.  However, I'm about to critique a critique of a project in part spurred by a critique of a critical method. Still with me?  Allons y!

In the National Post this weekend, Michael Lista took issue with one of the editors interviewed on the recent CWILA website:


On the eve of what many hope is a new era of criticism in Canada, I was surprised to find that one of the three essays framing the CWILA discussion is one by Jan Zwicky entitled “The Ethics of the Negative Review,” which we can charitably call spooky and meretricious, but is probably deserving of a much less friendly repudiation.

Lista then goes on to show his readers what a negative review looks like, with stealthy name-calling and florid half-insults. "The good in bad reviews" is an excellent example of how negative reviews are sometimes more an exercise for the reviewer to flex and sharpen rather than really engage with the text.

In reponse to Zwicky's assertion that if we are assigned a book we dislike we "keep our mouths shut," Lista says:


What a miserable, low thing to tell another woman, another writer, another human.

How strange, to tell a woman what they should and should not be saying, in a response to a project that tackles women's under-representation in reviews.  If "[t]he purpose of a review, good or bad, is to begin a conversation, not to end it" then this piece, with its gleeful silencing of Zwicky and other possible voices, fails.  For if others have the slightest timidity, they are advised to "put your poems in a goddamn drawer."  I'd assume this advice is not limited to the "too many" poets, but to novelists and playwrights, other reviewers, writers all.   (And there are indeed lots of poets; Natalie Zed has a handy list of  poetry books by female writers right here.)  It is not unreasonable to think that at least some of the people who dedicate their lives to the solitary practice of writing might fear social approbation, yet may possess many talents.  Even George Eliot was protected from bad reviews by her lover.* (On this topic, Jennifer Weiner -- she of Not Serious Literature --  wrote an excellent blog post about not trashing other female writers in public.  It's worth a read.)   Having gone the long way around, it's now time to point out that Zwicky's point about not writing negative reviews isn't about sunshine and unicorns and everyone getting along.   (Lista's "Cue the violins" is a total misdirection; Zwicky's piece is actually fairly pragmatic.)  Rather, the limited space in publications is better used to highlight books deserving praise.  The cream, it's thought, rises.  Zwicky writes:


I don’t think reviewers should take it upon themselves to right such wrongs by slinging invective at Q’s work. Far more effective to use the column space to draw attention to the great stuff P has been producing. [...] Again, the reviewer who’s feeling truly spiteful could probably do much more damage by drawing the public’s attention to Moderately-Well-Known Author P and saying almost nothing about Famous Author Q, than by fuming about Q in public.

"Call me old-fashioned," Lista says, "but I think the truth sounds beautiful, and there’s an intrinsic value in discovering what writers think of each other’s work. ." Okay, I will.  The idea that there is one objective truth about any given title smacks of the oldest, whitest, male-est pedagogical method.  Now, I'm all for negative reviews: I've written a few furious blog posts myself.  But I'm also fine with the editorial choice to have reviews that are for the most part informative.  I don't need to have my opinions spoon-fed to me. I want to understand something about the content of the work. I want to be given enough information to excite me about the literature.  That not weakness, and it's the most important kind of honesty, with all subjection and possible grudge set aside.**  I'm a fledging reviewer myself†, and I'd hope that if I choose to be informational rather than emotional (so female!) in my professional (off-blog) writing, I might get noses into books they hadn't considered before.  And coincidentally, that is also what I do in conversation.

Update: Jan Zwicky responds in the National Post: "Where he and I part company is over the idea that a kick in the nuts is a good way to start a conversation."

Well, there are more than a few straw men arguments here. Your largest argument hinges on reviews as "informational" vs. negative, though nowhere does Lista suggest that reviews should not provide information, just that the information should be useful (e.g. what books to avoid when slapping down your heard earned coin and why). Secondly, I doubt Lista is talking about truth with a capital T but truth in its many forms, including the hard truths about the books that cross our desk every day. Thirdly, it was Zwicky, who punctuated her critique with the rather startling injunction that we all “shut our mouths.” Nowhere does she make a special case for women. Sisters, if you don’t have anything nice to say, don’t say it all.

Far from being pragmatic one wonders how many books of poetry Zwicky would have us pore through before finding one about which we would feel “genuinely enthusiastic.” What about those books of poetry that have a handful of very good poems at the front, but miserable dreck in the rest of the book. If I pick up the book on the strength of the former only to stumble blindly into the latter, who should I blame for that if not the reviewer who soft pedaled her/his assessment?

"Nowhere does she make a special case for women" Indeed. And nowhere do I say she does. I do link to a post about women talking about women's writing, because I think it's relevant to the discussion, and another view on the topic.

My issue about that bit, is that Lista framed his response around the CWILA, says that more women need to write, and then -- and this is his phrasing, he puts it between "sisters" first -- says "a woman shouldn't say this to another woman". Gruh? Given the context Lista himself set up, that's a giant misfire.

Thanks for your comments!

(Edited for just-got-up typos, there are probably still some there.)

Well, he doesn't so much frame his response to Zwicky's essay around the CWILA as use it as a departure point for his main argument - that it is perilous to tell anyone, women or men, to avoid writing negative reviews for fear of hurting someone's feelings or taking the wind out of their creative sails. His (and my) point was simply that in telling us to "shut our mouths" Zwicky's injunction included women, wondering how women with a different view of negative reviews than hers would feel about that.

(My worry is less with typos than with sentence structure)

Right? What the?! Clearly more coffee is indicated.

i don't understand any of this. why is critical equated with negative? isn't it a positive thing to write analytically about a piece of writing you think could have been better written?....

why is critical equated with negative?
I think because sometimes people need the crutch of binaries. But I agree with you.

Zwicky's in the club that passes around the awards to each other, here, take your poetry award and here hubby your poems about a bird in a tree are descriptive, here's your Honorary Doctorate and an O of Canada.
Not allowing "negative" reviews while at the Fiddlehead is censorship, plain and simple. She's playing God from her lofty self centred heights. One poem I read by her seemed to have a spark of life in it, she mentioned a cowboy phrase, "up the draw" which indicated she may have put a book down for ten minutes to watch Hopalong or Roy Rogers. 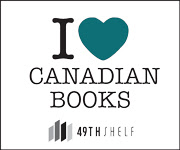